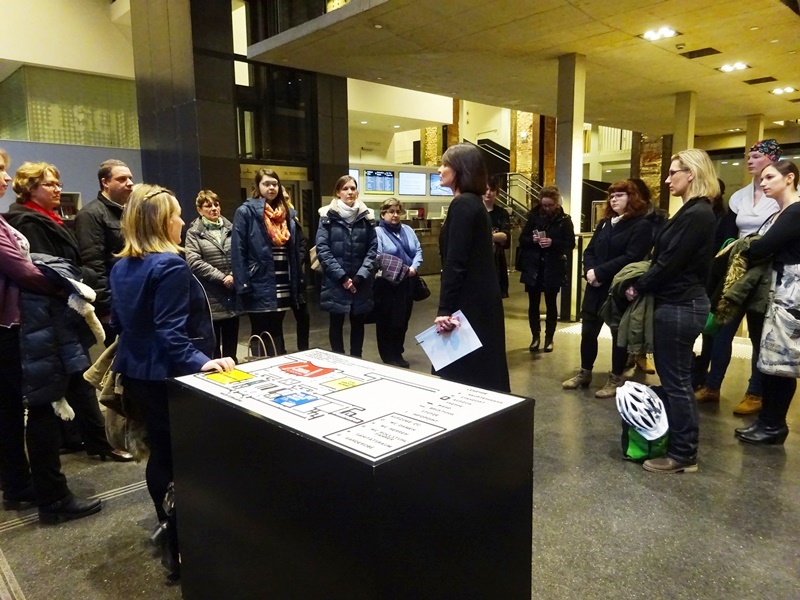 Due to the happy event of AugustusTours’ 21st company anniversary in February 2018, the head of company Anke Herrmann invited the entire team to a very cheery evening on 22nd of March 2018.

During a tour through the Kraftwerk Mitte Dresden (a former cogeneration plant), we explored in particular the new premises of the State Operetta Dresden, enjoyed the operetta plate and, after all, amused ourselves in the musical “Wonderful Town” (Leonard Bernstein). 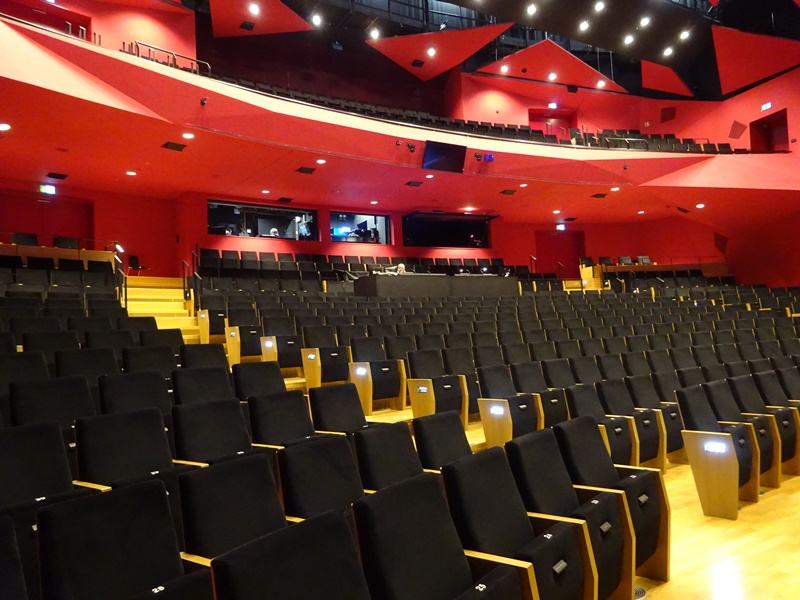 We had already been impressed at first glance when taking a look into the light and friendly foyer: To the left and right, the old steel girders and brick walls of the former cogeneration plant create a fascinating contrast to the new, aesthetic construction of high quality. Next to the – still empty – audience area, we were exceptionally allowed to have a look behind the scenes. We were astonished by the size of the stage, the very carefully stowed stage sets and we became even more silent when the sound check started. Our tour ended at the old cargo crane, which also counts as an industrial monument. 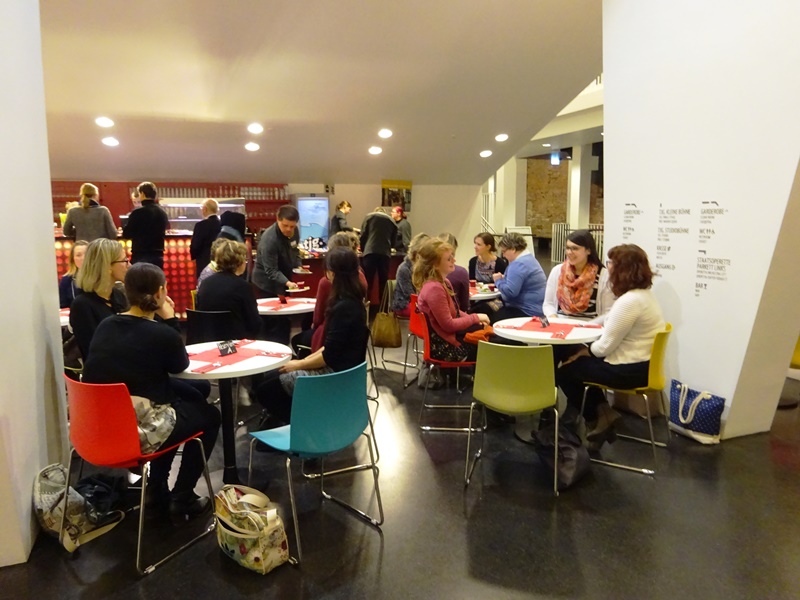 Strengthened by the operetta plate, the evening was crowned with the visit of the musical “Wonderful Town”. Leonard Bernstein’s greatly composed musical comedy took us right into New York’s everyday life of the 1930ies and the colourful dancing performances, intoxicating melody and the extremely convertible stage set very much enthused us. 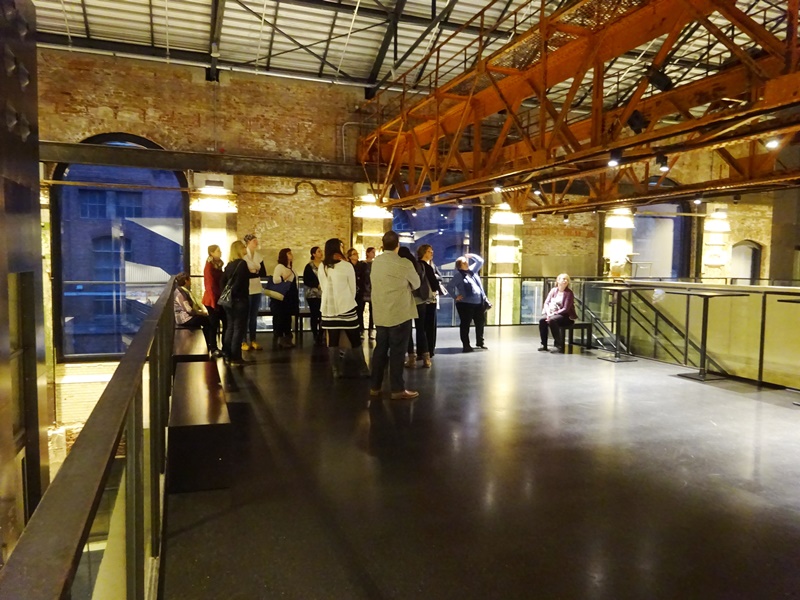 The areal of Kraftwerk Mite Dresden does not only accommodate the tjg. theatre junge generation (using the same foyer as the operetta), but also the institute for political education by the Heinrich-Böll-foundation. Furthermore, the music academy and conservatory have moved into their rehearsal rooms on the ground. On weekends, parties are organized in the former transformer hall. Moreover, the museum of energy informs its visitors about the history of the complex building.

We can highly recommend you a tour through the new Kraftwerk Mitte Dresden in combination with a visit to a Spieloper (opera play), a musical or an operetta. Simply plan your next group tour to Dresden with us or enjoy a cheery evening program within your single centre cycle tours along the Elbe Cycle Path (during such a tour you return to the same hotel at the end of each day) to or from Dresden. We gladly advice and assist you and are looking forward to your request!