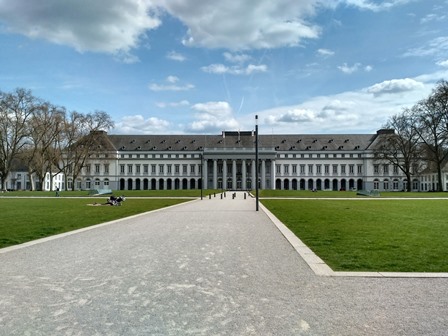 AugustusTours has organised land excursions and programmes for international customers attending river cruises for a number of years. Particularly to be mentioned is the Elbe River, which counts into our main product range. However, we have already been arranging tour guides, bus transfers, wine tasting sessions and visits to museum for our customers along the Rhine and the Moselle River. Now, Katja Marquardt and Dorothea Thiedt have taken a closer look throughout the Rhineland and explored cities and their sights and offers.

Being on the way along two rivers within one week 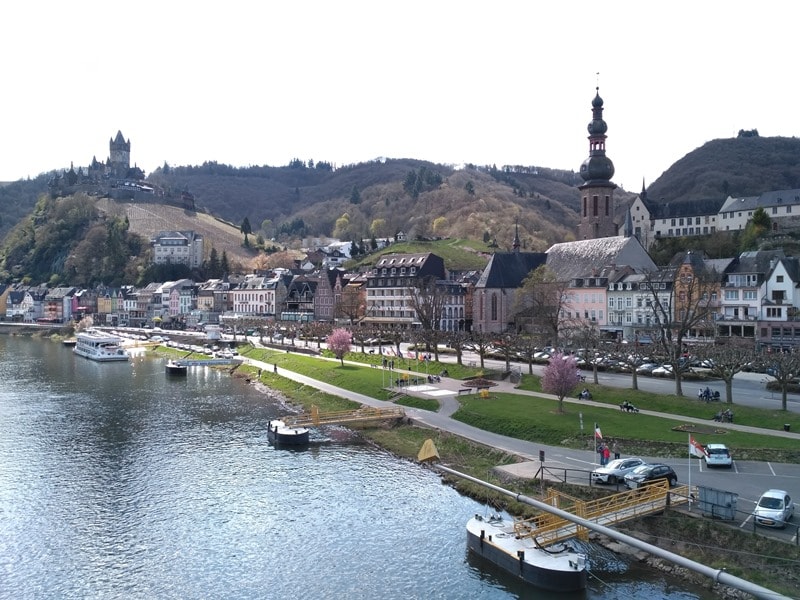 Starting point for this educational trip was Cologne. Besides meeting with bus companies and tour guides, exploring the city during a sightseeing tour and investigating the river cruise ships’ piers was part of the agenda. Stopping in Andernach with its impressive ramparts, our colleagues continued to Coblenz. This city is mainly famous for the “Deutsches Eck”, a corner where the Moselle joins the Rhine and the Kaiser-Wilhelm-equestrian monument is located. On the following day, our team split up. Katja Marquardt followed the Moselle River until the city of Trier and Dorothea Thiedt kept exploring the Rhine up until she reached Frankfurt am Main.

The route along the Moselle led via Cochem with its striking Imperial Castle, which is visible even from far distance, to Bernkastel-Kues. Here, Katja Marquardt enjoyed the phenomenal view over the vineyards while attending a boat cruise. During a guided city tour in Trier, she was able to admire the famous Porta Nigra as well as the remains of Roman thermal facilities. The week was complemented by visiting Worms and its well-known cathedral as well as a visit to Heidelberg, where Katja Marquardt visited the castle and was shown around the city by a tour guide. 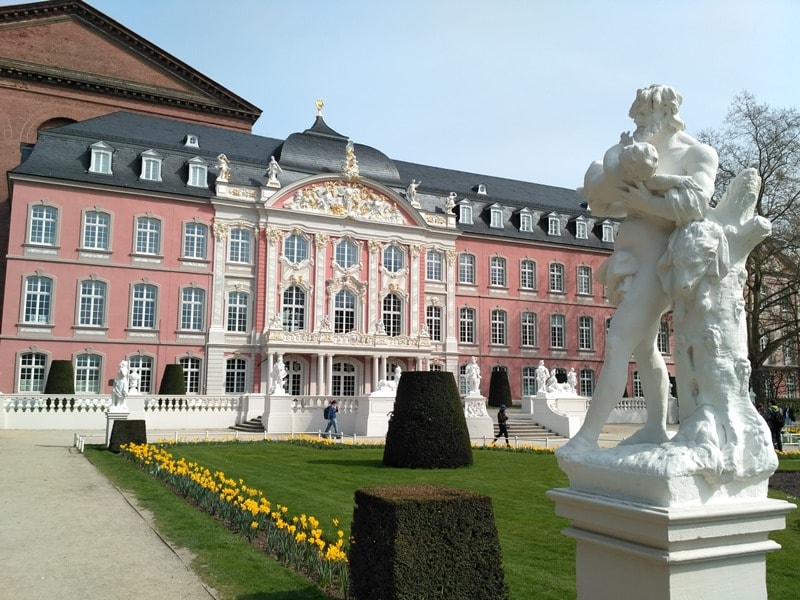 Dorothea Thiedt continued her tour to Rüdesheim via Boppard, where she was highly impressed by the extreme curving of the Rhine - the Rheinschleife. In Rüdesheim her agenda was full as she did not only attend a ride on the “Winzerexpress” through the vineyards, she also visited the music cabinet and took a ride to the Niederwald monument. In Wiesbaden, she was accompanied by a local tour guide and thus was able to see how the guides lead their guests around the city.

In Frankfurt, Katja Marquardt and Dorothea Thiedt reunited and started their journey back home to Dresden with suitcases full of impressions, experiences and pictures.

Besides land arrangements for river cruises, AugustusTours also offers group tours to and within Germany. No matter whether private groups, associations or tour operators – we tailor you a programme for groups from 10 persons onwards including overnight stays, guided city tours, excursions, bus charter and culinary highlights. We are looking forward to your request for a group tour.