Information about sights of Dresden

Dresden can look back on over 800 years of eventful history. To this day, magnificent buildings such as the Church of Our Lady, Royal Palace, Cathedral, Zwinger Palace and the Semper Opera House remain impressive symbols of the taste and passion of Saxon electors such as August the Strong. Known as the "Florence of the Elbe", Dresden did not survive the Second World War unscathed, and on the night between the 13th and 14th of February 1945, large sections of its historic city centre were destroyed by an air raid. The ruins of the Church of Our Lady stood as a memorial to the destruction for many years. Huge donations enabled the reconstruction of the church between 1996 and 2005, and on the 30th of October 2005 an emotional ceremony saw it reconsecrated – over 60 years after its destruction. The following text gives you an overview of the most interesting sights and places of interest in Dresden, which you should not miss while being in a city trip to Dresden.

Read on to find out more about excursions to regional destinations which can be added to your city tour to Dresden.

Famous sights and places of interest in Dresden 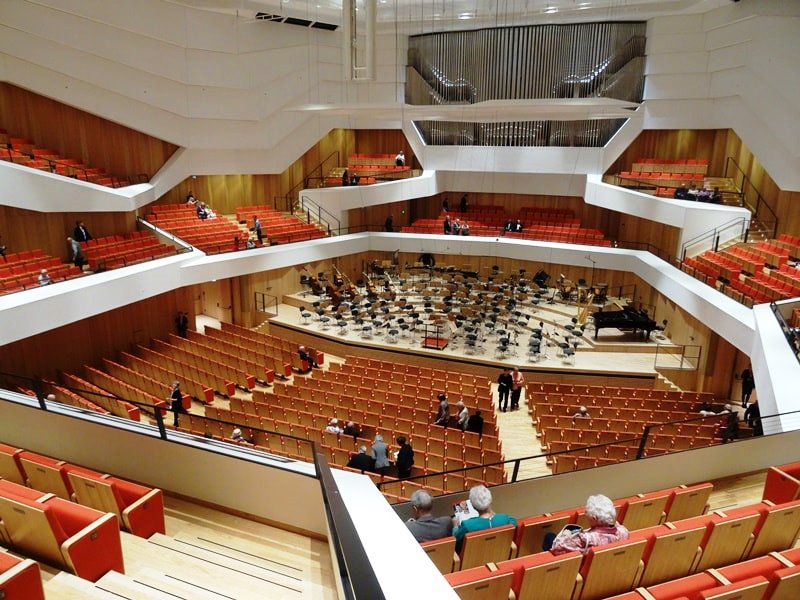 Being the new location for culture and creativity, the former power plant Kraftwerk Mitte Dresden opened up its doors in December 2016. Dresden’s State Opera House, once located in Dresden-Altleuben, as well as the tjg "theater young generation" can now be visited in the former power plant. In the air-conditioned auditorium of the State Opera House primarily operettas, musicals und comic operas take place. The tjg. Dresden’s Children and Youth Theatre presents to its young audience diverse shows as e.g. spoken and even dance theatre. 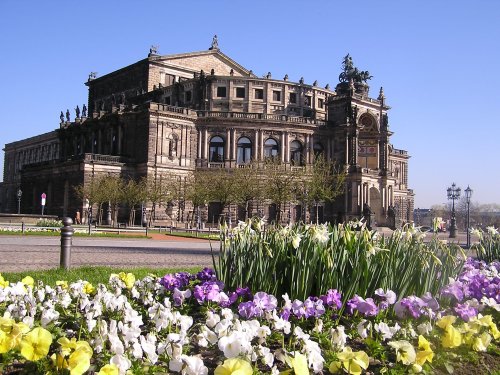 The home of the city’s Saxon State Opera is named after its architect, Gottfried Semper, and can look back on a colourful musical history. The first Semper Opera House opened with Carl Maria von Weber’s “Jubel-Ouvertüre” in 1841, and was the venue where the revolutionary Richard Wagner would later earn worldwide fame. Destroyed by fire in 1869, the opera house reopened in 1878 – again with the “Jubel-Ouvertüre”.

The following years saw musical director Ernst Edler von Schuch become a keen admirer of the extravagantly talented Richard Strauss. 1918 saw the Court Theatre renamed the Saxon State Theatre. Destroyed during the Second World War, the opera house reopened once again on the 13th of February 1985 to commemorate the destruction of Dresden, this time with Carl Maria von Weber’s “The Marksman”.

Use your City Tour to Dresden as an opportunity to explore the tradition of the Saxon Staatskapelle orchestra, delight in the opulence of the Semper Opera House and enjoy enchanting views of the Elbe, Cathedral, Royal Palace and Zwinger Palace (a section of which was designed by Gottfried Semper).

Museums and art collections in Dresden

Giants’ Hall at the Royal Palace

Giants’ Hall at the Royal Palace 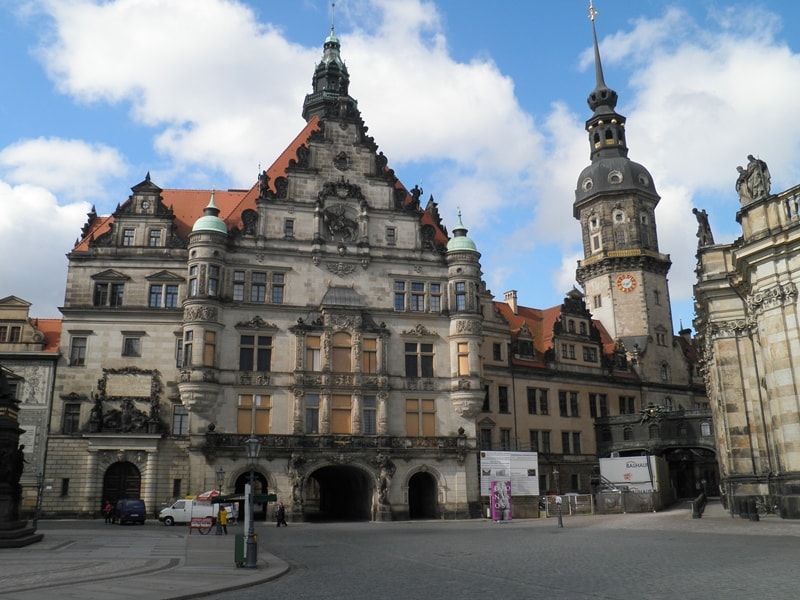 Since February 2013, visitors to the Royal Palace have been able to admire historic decorative and tournament weapons, suits of armour and dress. A trip to Dresden represents a great opportunity to gain insights into the tournaments of the 15th, 16th and 17th centuries, with foot tournaments and jousts of various types put on during the summer months.

From burning mirrors, clocks and automatons to telescopes, astronomical models and globes, Dresden’s Royal Cabinet of Mathematical and Physical Instruments represents a unique symbiosis of science, history and art. A visit to Dresden’s oldest museum is a “must” for any trip to the city. Founded under the patronage of August the Strong in 1728, the museum now features state-of-the-art media stations and animations offering insights into the inner workings of selected objects. Workshop courses and guided tours also include demonstrations of historic experiments. In addition to the wonderful array of exhibits on display, the museum itself and its historical background are well worth exploring.

Albertinum: New Masters Gallery and Sculpture Collection
Since 2010, art lovers have been able to delight in art from the Romantic period to the present day at the newly refurbished and converted Albertinum on Brühl Terrace. The same building also houses the Sculpture Collection. The internationally renowned collections held by the two museums range from paintings by Caspar David Friedrich and Gerhard Richter to sculpture by Rodin and 21st-century artists. Behind the scenes, restorers painstakingly bring new life to paintings by masters old and new.

Zwinger: Old Masters Gallery
Over 500,000 art lovers from around the world come to see the historic masterpieces of the Old Masters Gallery every year. The collection is located in a Semper-designed section of the Zwinger Palace which was rebuilt after the Second World War. On-going gallery refurbishment will benefit not only works by old masters such as Cranach, Dürer, Rubens, Rembrandt, but also the many people who come to enjoy them.

Dresden City Gallery: Art Collection
Founded in 2002, Dresden City Gallery performs the role of the Saxon state capital’s art museum. The gallery is located in a historic country house just a few minutes from the Brühl Terrace. Its permanent exhibition of paintings and sculptures dating from 1900 to the present day is complemented by regular temporary exhibitions, all of which focus on the wealth of art created in Dresden and the surrounding region in the 20th and 21st centuries

Panometer Dresden: Experience Dresden as it was in the 17th-18th century

Panometer Dresden: Experience Dresden as it was in the 17th-18th century

Add a touch of history to your City Tour to Dresden with a visit to Dresden’s Panometer, where you can immerse yourself in the Baroque splendour of Dresden as it was between 1695 und 1760. The 360° panoramic picture created by artist Yadegar Asisi focuses on life at the Saxon court and the daily activities of citizens, fishermen, servants and craftsmen. It gives you the opportunity to witness the arrival of the Sistine Madonna in 1754, as well as long-since forgotten everyday episodes involving wood towers and washerwomen on the Elbe, jesters amusing crowds on squares and much more!

Mythical creatures and vivid colours in the Kunsthofpassage

Mythical creatures and vivid colours in the Kunsthofpassage

Located in Dresden’s lively Neustadt district, the Kunsthofpassage (literally “art courtyard passage”) consists of five small, lovingly designed courtyards. Artist Viola Schöpe has used sgraffito and mosaics to create fantastic beings in the Courtyard of Mythical Creatures, whilst the Courtyard of Elements greets visitors with a sun-reflecting feature on one façade and a mazy water fountain on the other. Once you’ve also had a look at the Courtyards of Animals, Light and Metamorphosis, take a stroll through the wider district to discover its wonderful array of boutique shops, cafés and restaurants.

Pfund’s Molkerei: The most beautiful milk shop in the world!

Pfund’s Molkerei: The most beautiful milk shop in the world!

The farmer Paul Pfund and his family came to Dresden at the end of the 19th century. The Pfund Brothers’ Dresden Dairy was founded in 1880, and even in his wildest dreams Paul could not have foreseen that well over 100 years later it would still be a world-famous attraction. The jewel of the dairy is the “most beautiful milk shop in the world” on its ground floor. The shop is fully covered in hand-painted tiles, and would not look out of place in a picture book. Adopted into the Guinness Book of Records in 1998, the milk shop is a feast for the senses – a treat for the eyes and a firework for the nose and taste buds! This unique highlight should be inked into any itinerary for a City Tour to Dresden.

The Museum of Military History of the German Armed Forces is not just a collection of weapons and accounts of military conflicts, but a forum for the discussion of interactions between war, the military and civilian life. Spread over 10,000 m² of exhibition space, the museum confronts visitors with humans’ potential for aggression, and looks at violence as a historical and cultural phenomenon. Stories are always told within the context of the biographies of two people who lived through the same period, but who took different paths when faced with historically significant situations.

It’s always worth including a trip with the world’s oldest and largest fleet of paddle steamers in the itinerary for your City Tour to Dresden. The Saxon fleet features nine historic paddle steamers, the oldest of which is now 134 years old. Also known as the “White Fleet”, the ships offer guests a relaxing means of visiting a variety of highlights and places of interest in the surrounding region. It would be our pleasure to reserve steamer tickets for your City Tour to Dresden!

Famous figures of the city of Dresden

Frederick I of Saxony, better known as August the Strong (1670-1733), is surely the most famous of Saxony’s electors. Renowned for his construction projects and passion for collecting, it was August who gave Dresden its majestic Baroque landscape.

Richard Strauss (composer) was a versatile and wonderfully talented artist. In 1883 he took a musical journey which included stops in Dresden and Berlin. He is regarded as a pioneer of the Modern style and the man who perfected the Late Romantic style.

Ludwig Richter (painter) was born in Dresden in 1803 as the son of the draughtsman and copperplate engraver Carl August Richter. In order to develop his artistic talents, he built upon the apprenticeship he did with his father by studying at the Academy of Arts in Dresden. His picture “Bridal Procession in the Spring” was awarded a gold medal at the World Fair in Paris in 1855. Richter was forced to retire from drawing and painting in 1873 as a result of an eye complaint.

Planning a city trip to Dresden? Read on to find out more about excursions to regional destinations which can be added to your City Tour to Dresden.

Here you can find our group tour offer for a city tour to Dresden. Whether you draw inspiration from the proposals made in our city tour offer or blend them with suggestions of this newsletter, we look forward to putting together your next city trip. Please do not hesitate to contact us!