Traces of Martin Luther throughout Saxony-Anhalt

Martin Luther and the Reformation have influenced the cultural landscape of Central Germany permanently. Even today, numerous well-preserved Luther memorials are worth visiting in Thuringia and Saxony-Anhalt. Step into Martin Luther’s footprints while exploring Lutherstadt Wittenberg, which had been his hometown for many years. Additionally and amongst other sites, continue your journey through his life by visiting his birth and death house in Eisleben and learn about how the city of Magdeburg acquired his surname "Unseres Herrgotts Kanzlei" (our lord’s chancery).

In the footsteps of Martin Luther throughout Saxony-Anhalt 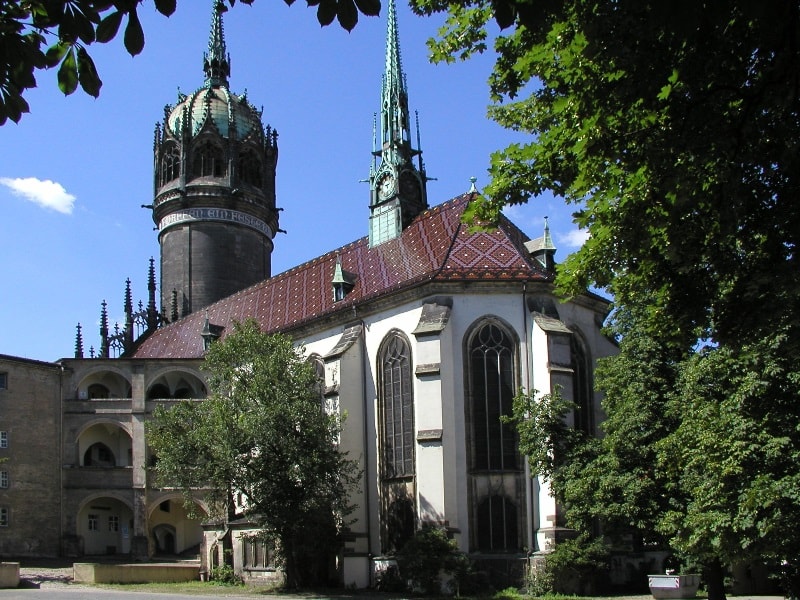 Whoever follows Martin Luther’s tracks throughout Saxony-Anhalt should not leave out a trip to Lutherstadt Wittenberg. In the local house of Luther, the biggest museum of the history of the Reformation, the reformer had lived as a monk before he shared the house with his family. The centrepiece of the exhibition is the Luther parlour, which has been kept under original conditions to the greatest possible extent. Here, Luther worked on and finished numerous of his papers. An absolute must-see for every Wittenberg tourist is the famous door of the castle church on which Martin Luther is supposed to have put up his 95 theses in the year of 1517.

Incidentally, the title of the prettiest bourgeois house of Wittenberg Lutherstadt applies to the residence house of Philipp Melanchthon. There, more than 400 paintings, graphic works, and prints document the life and work of the polymath and companion of Luther.

Our travel suggestions for "In the footsteps of Martin Luther throughout Lutherstadt Wittenberg" can be found right here. 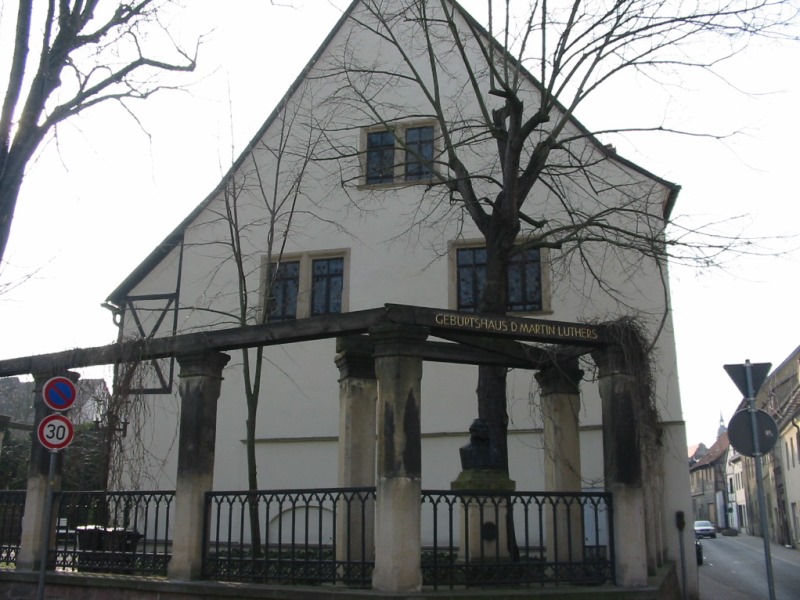 In the town of Lutherstadt Eisleben the reformers´ journey of life began and came to an end as well. He was baptised in the St.-Petri-Pauli Church, not far from his parents’ home, one day after his birth on 10th November 1483 in the name of Martin. Today one can sightsee the reconstruction of his baptismal font. Located right by the marketplace of Eisleben, the St. Andreas Church is reminiscent of the reformer who delivered his last four sermons in this holy place. Later on, his dead body was laid out there as well.

Our travel suggestion for "In the footsteps of Martin Luther throughout Lutherstadt Wittenberg and Eisleben" can be found right here.

When Martin Luther was hardly one year of age his family moved to Mansfeld. Even though today his school building only exists of the foundation, the city of Mansfeld celebrates his enrolment every first Saturday after Easter. In addition to this event, the city offers much more to explore as e.g. a water well that was devoted to Martin Luther in 1913 and the famous picture of Luther in St. Georg Church. This painting is remarkable as it is the only full-body portrait and it additionally shows him wearing his regalia. While performing remediation work on his parents’ home in 2003, hundreds of legacies of the family were discovered. They are now displayed in the opposing new building. Moreover, one can visit the palace of Mansfeld, which is located on castle hill.

On 24th June 1524 Luther’s sermon in the Walloon Church was so appealing that he had to deliver it once more two days later in the church of St. Johannes. Only a few weeks later on 17th July 1524, most of the churches in Magdeburg had confessed themselves to Lutheranism and thus the catholic mass was abolished. As a result of being the centre of Protestantism, Magdeburg gained its surname “Unsere Herrgotts Kanzlei” (our lord’s chancery). Besides visiting those two churches, another worthwhile sight is a tour through the art museum of the monastery “Unsere lieben Frauen” (our dear women). 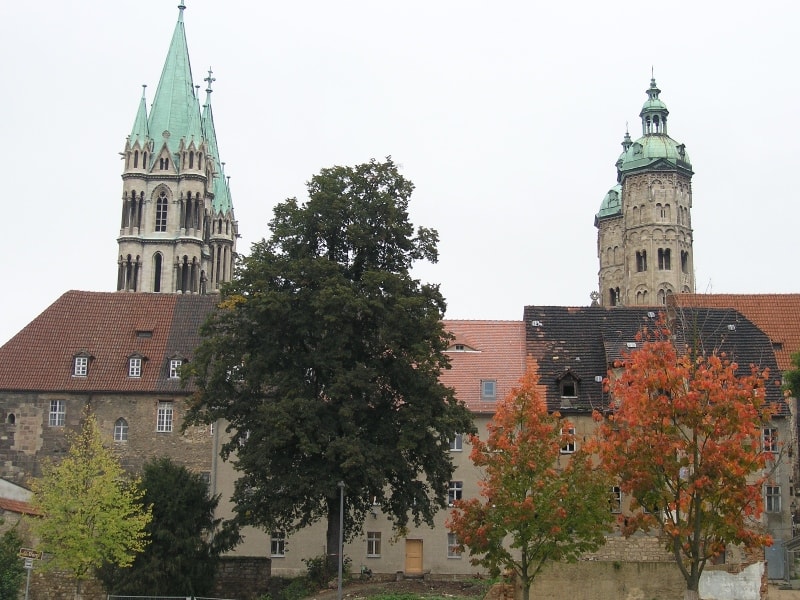 Steeped in history and culture, the Saale-Unstrut region is renowned for its outstanding wines and home to the town of Naumburg. This wonderful cathedral town is almost 1000 years old and welcomes its guests with a blend of listed Romanesque and Gothic architecture, impressive townhouses from the Renaissance and Baroque periods and charming narrow streets. In 1521 Martin Luther’s triumphant procession to the Diet of Worms saw him stop in Naumburg and preach to the townsfolk. While in Naumburg, he stayed at the mayor’s house, which now features a plaque commemorating its famous guest.

Its early commitment to Lutheran doctrine made the small town of Osterwieck in the foothills of the Harz Mountains a pioneering Reformation-era community. Early Protestant inscriptions can still be seen in the beams of the nearly 400 half-timbered houses in the old town.

Stollberg is another Harz Mountains town and the birthplace of the theologian and farmer’s leader Thomas Müntzer. In 1525 Luther preached against the farmer’s revolt in St Martin’s Church. The Town Church features both a stained-glass window with a portrait of the great reformer and a painting of Luther and Melanchthon.

Its status as the first town to fully commit to the Reformation caused Zerbst to become the largest and most important town in the Duchy of Anhalt. Luther preached there in what was then an Augustinian monastery and later became a hospital. Another change brought about by the Reformation was the conversion of the Franciscan monastery into a school in 1532. The former Franciscan monastery has been home to the oldest Protestant grammar school ever since, and the school library holds many important Reformation-era manuscripts and treasures. Philipp Melanchthon also left his mark on Zerbst as both a supporter of the school and a friend of the dean appointed by Luther himself.

We are more than happy to answer all the questions you might have concerning the impact sites of Martin Luther or on how to integrate them into your itinerary of your cultural tour. Please have a look at our travel suggestions regarding the traces of Martin Luther and feel free to ask us for an individual programme for your group tour.