Palaces and Gardens in the heart of Germany

As you may already know, Saxony offers a variety of palaces, castles and gardens. But also its neighbouring states Saxony-Anhalt and Thuringia will astound you with just as impressive historical buildings and parks. Especially the region around Dessau-Wörlitz and the area around Weimar and Eisenach captivate with a colourful variety of mansions, manors and huge parks. Join us on a virtual tour through the Cultural Heart of Germany and let yourself be inspired for your next trip!

Stately homes and adorable parks in Saxony-Anhalt and Thuringia

Particularly the region around Dessau-Wörlitz and the areas around Weimar and Eisenach capture with their colourful variety of palatial mansions and tranquil manors, baroque summer residences, mansions in the rococo style, classical manors… Let the Cultural Heart of Germany take you on a virtual journey and let yourself be inspired for your next trip to castles and gardens!

Europa-Rosarium in Sangerhausen
The largest rose collection in the world, as the name already suggests, revolves around the favourite flower of the Germans, the rose. In Sangerhausen, situated southeast of the Harz region, visitors can look forward to more than 8,500 different types of roses, an astonishingly wide range of colours as well as a large variety of forms and fragrances. 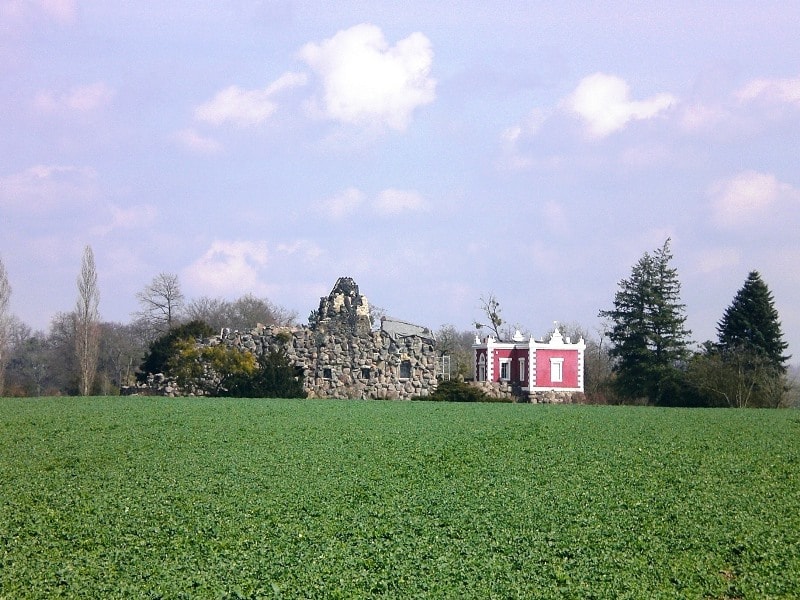 Wörlitz Palace and landscape park
This area stretches over a total of 112 hectares and is one of the most beautiful English gardens in Middle Europe. Prince Leopold III Friedrich Franz of Anhalt-Dessau commissioned an English-style park, Wörlitz Park, in 1764. It has now been placed on UNESCO's World Cultural Heritage list as part of the central Elbe biosphere reserve. The grounds of the park were designed by the master builder Erdmannsdorff and the landscape gardener Eyserbeck. The inspiration by Classicist and Enlightenment ideas constitute an unparalleled artificial landscape. The finishing touch to your visit will be a stroll through the park or basking in the sun during a gondola ride. 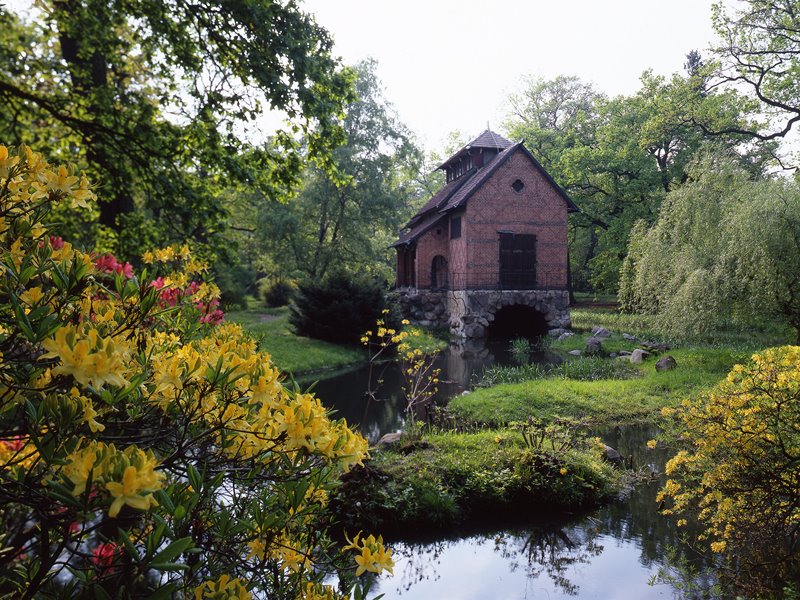 Oranienbaum Palace
Close to the Wörlitz Park you will find Oranienbaum Palace. After her marriage, Henriette Catharina von Nassau-Oranien brought along part of her Dutch origin to the Principality of Anhalt and thus orange-growing was established in Oranienbaum. At the end of the 18th century, Prince Franz landscaped parts of the English park in English-Chinese style, and today the garden is among the oldest of its kind in Germany. A five-storey pagoda, built on an artificial hill, serves as an observation tower. The palace itself was opened to the public again in the summer of 2003 after it was closed for 60 years.

Luisium Dessau
The Luisium is situated on the edge of the city of Dessau and was dedicated by Prince Franz to his wife Luise. The park combines classical and New Gothic structure, which harmoniously fit into the park landscape, e.g. with a guesthouse, sculptures, fountains and a so called Snake-House. Goats, sheep and horses graze on the expansive lawns – a fairly typical image for the garden landscape of the 18th century.

Mosigkau Palace
This summer residence was placed idyllically in the countryside and was built for Princess Anna Wilhelmine von Anhalt-Dessau in the middle of the 18th century. The Rococo style determines the buildings and the gardens. The palace’s art collection is part of the Orange estate, e.g. with paintings by Peter Paul Rubens.

Palaces and garden grounds in Thuringia 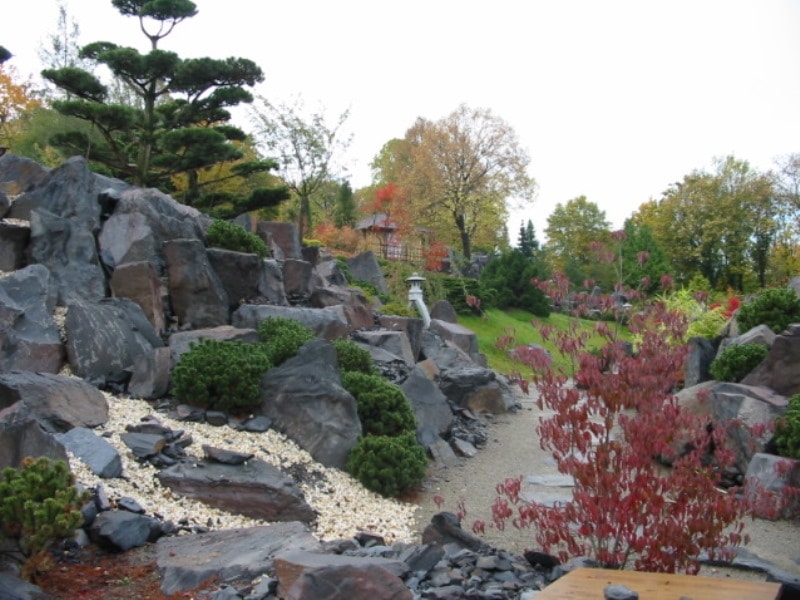 egapark Erfurt
The heritage-protected egapark, which is one of the largest parks with flowers and gardens in Germany, originates of the international Garden Show in 1961. In addition to themed gardens and open land shows, the park offers a whole world of experiences for visitors, such as an observatory, a gardening museum and a lookout tower.

Wartburg Castle
The Wartburg Castle, UNESCO World Heritage since 1999, is one of Germany’s most interesting and famous castles and was founded in 1067 according to legend. In the early 13th century, the Wartburg is said to have staged a competition between the famous Minnesaenger (singers of romantic ballads), this “singers’ war” being the subject of Wagner’s opera Tannhäuser. Martin Luther, who had been found guilty of heresy and made an outlaw, sought sanctuary in the Wartburg Castle and resided in the castle from 1521-22. It was here that he translated the New Testament into German.

Dornburg Palaces Thuringia
The Dornburg Palaces, located in the picturesque Saaletal, not far from Jena, rise on a rock surrounded by vineyards. The unique ensemble of the three palaces, the Old Palace, the Rococo- and the Renaissance Palace, which are all interconnected by castle gardens, used to be the favourite place of residence of Johann Wolfgang von Goethe. Follow the footsteps of the famous writer and find out more about the Goethe Memorial in the Renaissance Palace.

Friedenstein Castle
Friedenstein Castle is the largest fortress construction built in Thuringia during the Thirty Years' War. The Ducal Museum houses the substantial art collections of Thuringia with works from ancient times, Egypt and East-Asia. The West tower of this edifice houses Thuringia's first theatre. Built in the 17th century and today almost in its original state, this small theatre is named after the 'father of German dramatic art', Konrad Ekhof, who worked here during the 18th century.

We will gladly draw up an individual offer for a cultural tour to Thuringia or Saxony-Anhalt, including visits to several castles mentioned. Naturally, there are many more ideas for visits in the Cultural Heart of Germany! Aside from the palaces and castles, you will also find that the cities Erfurt, Wernigerode and Eisenach are worth a visit. You can start your exploration from here, as a roundtrip through Thuringia or Saxony Anhalt is recommendable. Our experience grants us overflow of ideas for your next group tour to Germany – so please don’t hesitate to ask us for a travel programme!