Halle, the city on the Saale River, is perhaps a little inconspicuous and maybe not your first choice as a destination for a city trip, but definitely worth seeing! We would like to invite you to explore the special features of the city and the various opportunities for a travel programme during a visit in Handels hometown Halle. You will be amazed by the wide variety Halle offers to its visitors.

Places of interest in Halle 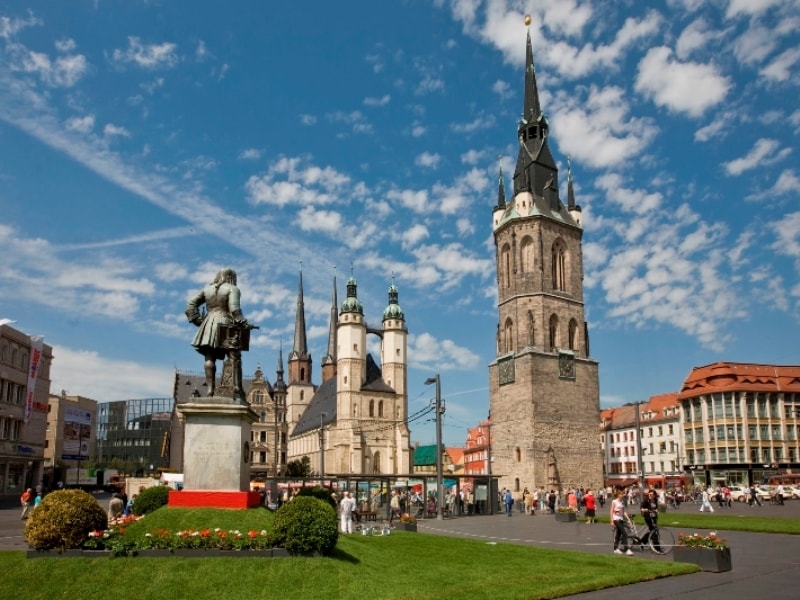 Even from the distance you are able to recognize the five towers on the market square, which form the skyline of the city and are the symbol of Halle. Four of the five towers belong to the market church (the church of Our Lady); the fifth tower being the Red Tower with a height of 84 meters. The market offers a variety of sights such as the Red Castle, the monument of George Frideric Handel and the market church. This late Gothic church is famous and unique for many reasons: Handel's baptism, Luther preached there, Johann Sebastian Bach consecrated the church organ and it is also the repository where Luther’s death mask is treasured. Visit the church, stroll across the daily food market and have a look at its surrounding alleyways with medieval renaissance buildings and half-timbered houses.

The cathedral and the Moritzburg 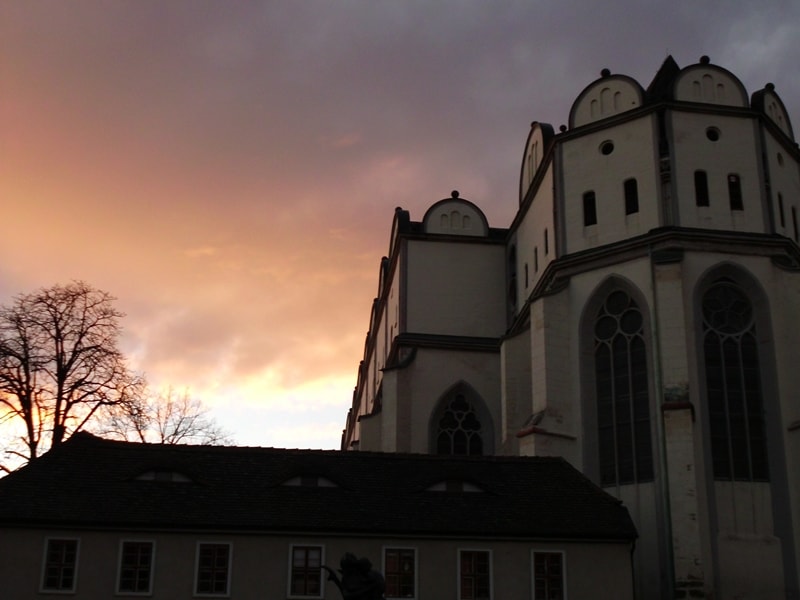 The early Gothic cathedral, which appears quite unusual as it is a church without towers, used to be a centre of sacred sciences and ecclesiastical art in Central Germany until the Reformation.
Lucas Cranach the Elder was involved in the interior design and it used to be the venue of Handel's performances, too. Even today, organ concerts are played here. The Moritzburg, a late medieval castle complex, used to serve as living area and as a part of the city’s fortification. But now it has become an art museum with Expressionist paintings and art of the GDR.

The State Museum for Pre-History

The State Museum holds an important and significant archaeological collection. One of the most well-known treasures of this museum is the sky disk of Nebra (Himmelsscheibe von Nebra). But a mammoth skeleton and different original items from the everyday life of people are also presented. Come with us on a fascinating journey through time and you will have the opportunity to see archaeological findings ranging from the Stone Age up to the pre-Roman Iron Age! 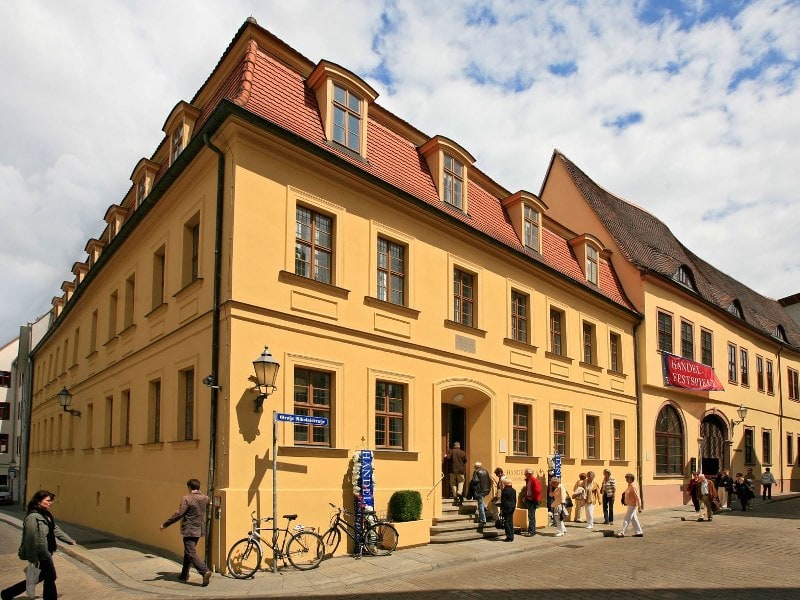 George Frideric Handel, the most famous composer of the baroque era, was born in Halle. At the house of his birth you can learn interesting facts about the life of this great musician. The museum also comprises the music history of the region and exhibits various music instruments from several centuries. In addition, concerts are held regularly at the house of George Frideric Handel, which you can plan as part of your group tour to Halle.

The theatre stages of Halle

The Culture Island in Halle (Kulturinsel) is home to the New Theatre, the Opera, the Puppet Theatre, the Thalia Theatre and the State Orchestra. Famous works, which had been part of the opera programme, are for instance Weber’s opera "The Marksman" ("Der Freischütz") and "The Magic Flute" ("Die Zauberflöte") by Mozart. Also Georg Friedrich Handel’s "Aminio" as well as his opera "Almira" were presented there. If you are interested, we will be glad to organize opera tickets for your group tour. 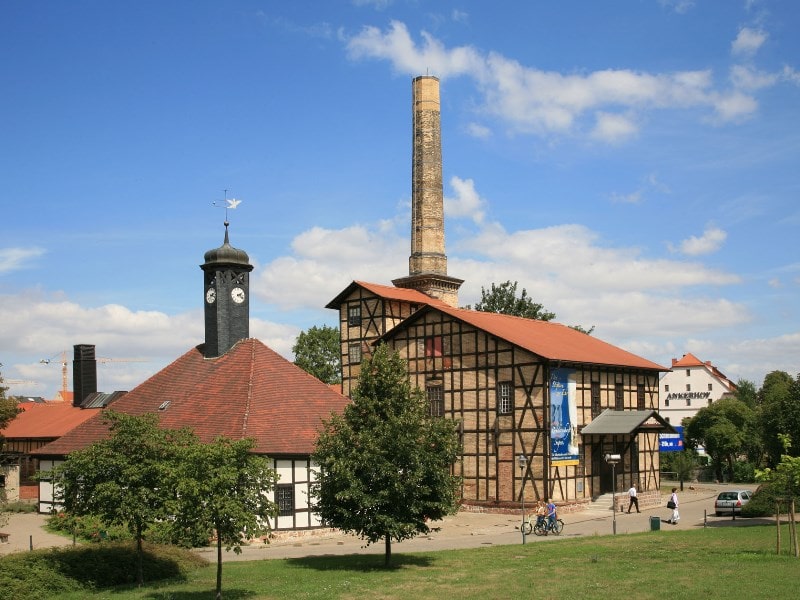 Learn more about the urban development: The inhabitants of Halle became rich with salt deposits and famous for their typical sweets. Find out more about the history of the Halloren (name to not only the chocolate but also the inhabitants of Halle) and let them show you how the traditional production of salt works. A production plant with large boiling pans, drying pans and the filling equipment from the 19th century is still in use today, either for regular production as well as for demonstration purposes.

Further places of interest to see in Halle

Have we inspired your curiosity and would you like to start planning your next group tour to Halle? Your will find our exemplary travel itinerary here. Together with you, we will prepare a customized offer for your individual city tour. We are looking forward to hearing from you! 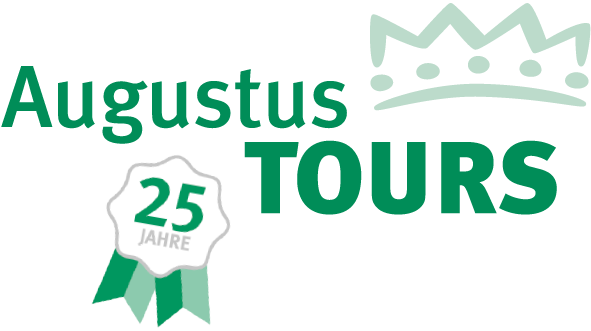