Guided sightseeing tours for groups of 10 or more people 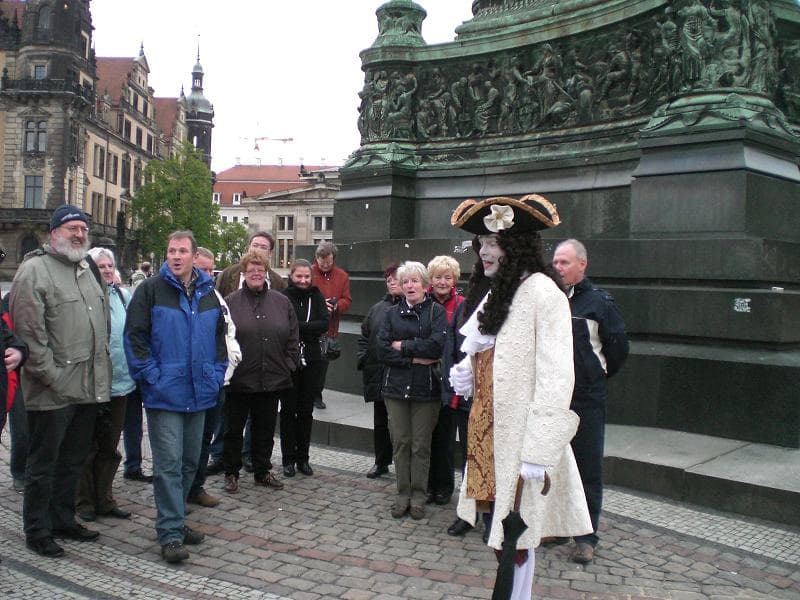 No city tour should be planned without it: An interesting guided tour is one of the most important feature of a remarkable city trip! Take a peek behind the scenes and gain an insight into the past, present and (maybe also the) future of famous Germany cities like Dresden, Leipzig, Weimar, Berlin and many more.

Our knowledgeable, dedicated guides will give you a fascinating tour as you walk or drive around one of our many exciting city destinations. Whether you are booking for yourself, a group, a club or your company, we will make sure we find just the right guide for you!

General information about our guided tours

General information about our guided tours 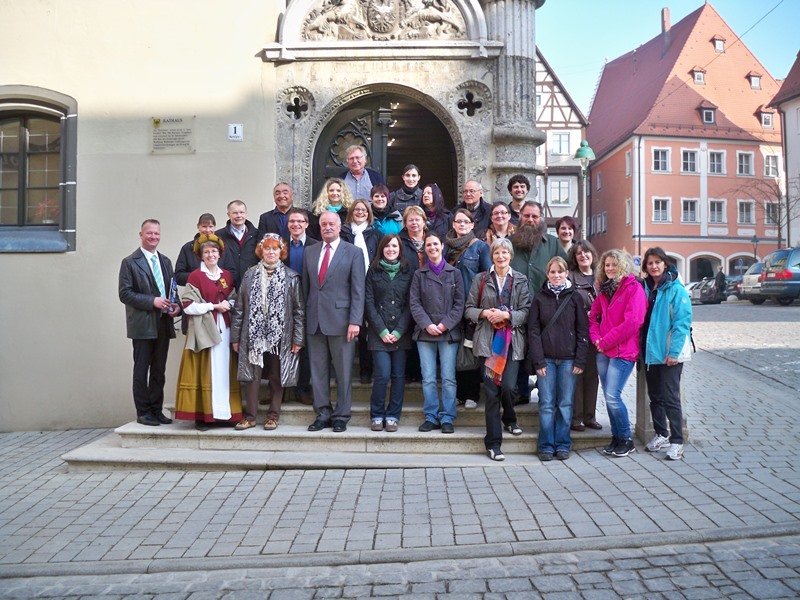 We offer guided city tours in...

Our guided city tours can be taken in the following languages...

To help our guides prepare to welcome your guests in the best way possible, please let us know about any special guest wishes or details when you make you initial enquiry:

Between baroque and modern times

Dresden has many faces. This also includes architectural faces. Why not join our expert tour guide on a short journey through time and the different architectural eras by following the traces of Gottfried Semper, Daniel Pöppelmann and Hans Erlwein. With the help of the estate of the August the Strong and his son you will discover examples of great baroque architecture such as the Zwinger, the Catholic Court Church and the newly erected historic Church of Our Lady. Here you will also learn about the classicist and rococo architecture as well as seeing testimonies to the Renaissance. The Gründer era, Art Noveau and the Bauhaus style have also contributed to the cityscape of Dresden. While driving through the villa district of the city you will see and learn much more. The modern age is now also adding to the appearance of the city. The New Synagogue, the globe house and the main station, which was redesigned by Norman Foster, are just as fascinating to see as the architecture of the past.

Following the traces of Erich Kästner

The writer Erich Kästner (1899-1974) is one of the most significant people of Dresden. Not only “Emil and the Detectives” and “Twice Lotte” will be accompanying you on your tour. We will moreover also be inviting you to accompany us on a tour of the Gründerzeit district Dresden Neustadt. In his book “When I was a Small Boy” containing his childhood memories, Kästner gives a detailed account of the district in a very personal and loving manner including the Königsbrücker Straße and the villa of his uncle where the Kästner Museum is now housed. Come with us on a themed guided tour and discover the places of Erich Kästner’s childhood and the charm of the Neustadt (does not include the admission to the museum).

The sights of sound

Dresden as a cultural centre can not only be proud of its architectural works of wonder, but also of the great musical masters who have left their traces here through the centuries. Why not accompany us on a discovery tour through several centuries of musical history which have been written in Dresden. Following the traces of Richard Wagner, Carl Maria von Weber and Johann Sebastian Bach you will discover such famous places of activity as the Semper Opera, the Catholic Court Church and the Church of Our Lady. World-famous musical orchestras and choirs such as the Saxon State Orchestra, the Cross Choir and the Dresden Philharmonic Orchestra with their honorary conductor Kurt Masur and names such as the organ builder Silbermann and the ballet dancer Gret Palucca speak of the rich treasure house of music history contained in Dresden. We will gladly organize a guided tour where you will not only be able to see musical history but also experience it. 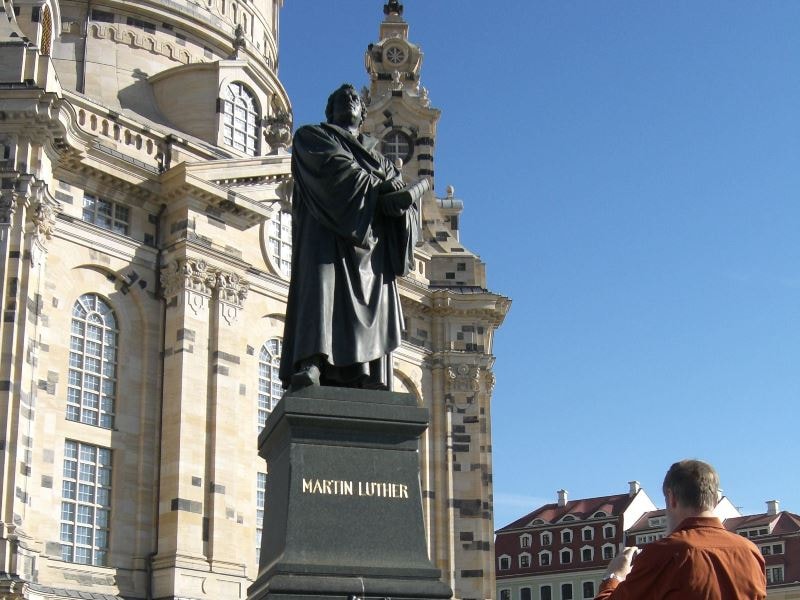 Guided tour around the Neumarkt, 2 hours

Why not join our tour guide to discover the history of the district surrounding the Church of Our Lady. The Neumarkt was once the heart of Dresden – it was always surrounded by town houses and crowned by the majestic dome of the Church of Our Lady. During the bomb attack against Dresden on the 13th and 14th of February in 1945, the whole district was completely destroyed with only rubble, ashes and the ruins of the Church of Our Lady remaining. With its ceremonious consecration on 30 October 2005, the surprisingly quick reconstruction of the Neumark began. A mixture of traditional architecture and modernism are meant to give the square back its original function – as the heart of Dresden.

The evening tour offers an interesting view of the illuminated city. Game of tons of light and affect the viewer. The road noise is largely subsided, thousands of lights giving the city new points of view, obscure and stress. Majestic and mysterious at the same time, the illuminated dome of the baroque Yenidze rises above the city skyline. A walk through the night begins in the heart of Dresden Altstadt: Brühl's Terrace, Münzgasse, Church, Princes, kennel and theater space to tell stories and history. Be enchanted by the night pressing in the baroque city. During the subsequent tour will show you our tour guide the festively-lit street and the Japanese royal palace, whose walls have interesting details and can tell many incidents.

Here you can download all important information about our guided tours:

Guide prices 2022
To enquire about or book guided tours, excursions or other additions to your itinerary, please use our contact form, send an email to This email address is being protected from spambots. You need JavaScript enabled to view it. or call us on +49 (0) 351 563 480. We look forward to your enquiry, and are pleased to answer any questions you may have.