The Brick Architecture of North Germany

“Architecture starts when you carefully put two bricks together.”

Mainly found in North Germany and the Baltic region, the brick Gothic style actually owes its existence to a lack of suitable building materials. The use of bricks as a building material began in the 12th century, with the oldest brick buildings therefore dating back to the Romanesque period. Examples include the monasteries at Lehnin and Jerichow.

It was the Hanseatic League that accelerated the spread of brick architecture throughout the entire Baltic region. Sacred and secular brick buildings alike are often very large, monumental in scale and feature simple, original exteriors that continue to characterise many North German towns to this day.

Brick buildings can also be found in a number of other German regions. Examples include Ulm Minster, Nuremberg Castle and the Church of Our Lady in Munich – the largest brick Gothic church north of the Alps. 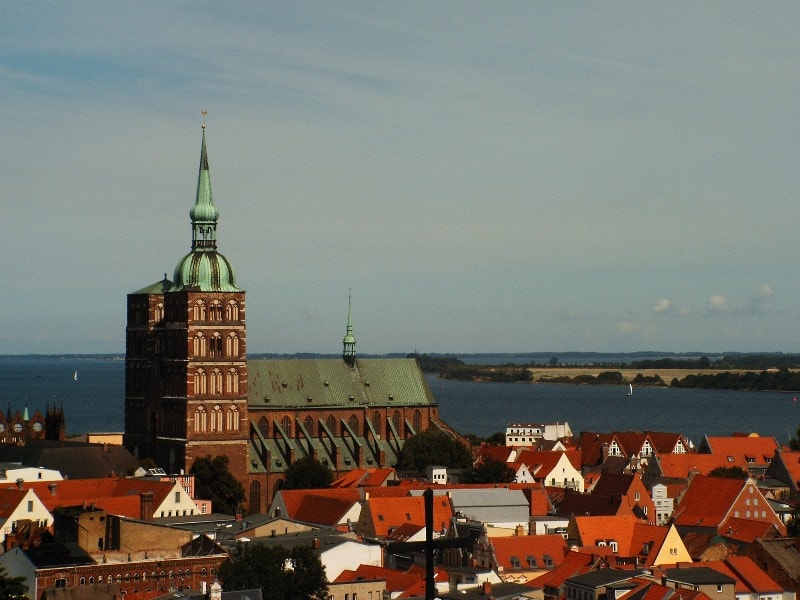 Stralsund’s unique location between the bay of Strelasund and numerous ponds created in the early Middle Ages accentuates the town’s mediaeval structure. In the 14th century Stralsund was one of the most important towns in the entire Baltic region, with a number of buildings still bearing witness to that period to this day. Examples include lavishly decorated merchants’ houses and above all the historic Town Hall, which is regarded as the most outstanding secular building anywhere in the Baltic region.

Stralsund and the Hanseatic city of Wismar share the distinction of having been made a UNESCO World Heritage Site. Wismar was awarded this honour in 2002, and is the only surviving town of its size and continuity in the southern Baltic region. The main focal point of the town is its historic harbour. The Wassertor on the Wismar docks is the last remaining tower of what were once heavy fortifications. 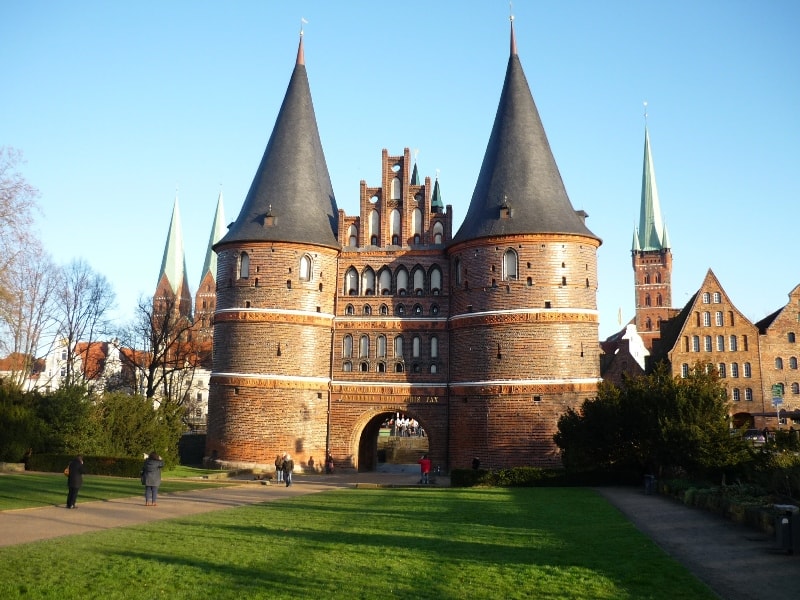 Lübeck – the queen of the Hanseatic League. The most striking brick building in the town is the Church of St. Mary, which houses the world’s highest brick vaulting in its 40 metres tall nave. Lübeck is nevertheless more famous for the Holstentor gate, which stands at the western end of the old town. The Hanseatic city of Lübeck has now been a UNESCO World Heritage Site for 30 years.

We love to support you while planning your tour. You are very welcome to send us a general request for your tour. We look forward to hearing from you!