National Special Exhibitions coming along with Reformation jubilee in 2017

With the anniversary year 2017 approaching, preparations by the state office “Luther 2017”, responsible for the coordination and marketing of the 3 National Special Exhibitions, have increased. The exhibitions will be displayed in 3 locations: at the Deutsches Historisches Museum Berlin in the Martin-Gropius-Bau exhibition hall, at Wartburg Castle in Eisenach and the Augusteum/Luther House in Lutherstadt Wittenberg. Please feel free to combine any of these exhibitions with our group tour suggestions to the Reformation jubilee.

The Luther Effect. Protestantism - 500 Years in the World

For the first time an exhibition will illustrate the global diversity and effective history of Protestantism, but also its potential for engendering conflict between different cultures.

The exhibition raises questions: What traces of Protestantism can be found in other denominations, religions and concepts of life? How did it change itself through these encounters — and not least of all, in what ways have people adopted and appropriated the Protestant doctrine, how have they shaped it and lived it? The exhibition “The Luther Effect” tells a global story of effect and counter-effect that begins around 1500 and continues on into the present. It is depicted using the examples of Germany and Europe 1450–1600, Sweden 1500–1750, North America 1600–1900, Korea 1850–2000 and present-day Tanzania.

The Deutsches Historisches Museum is presenting the exhibition in the Martin-Gropius-Bau on a area of some 3,000 m2 and bringing together outstanding exponents from national and international lenders, many of which have never before been displayed in Germany. Supplementing the exhibition are numerous cultural and educational events and fringe programmes. A richly illustrated catalogue will also be published.

Luther and the Germans

4th May to 5th November 2017, On the Wartburg in Eisenach

With 350,000 visitors annually, Wartburg Castle is the most visited Luther site worldwide. For almost a year its thick walls protected the reformer after he was declared an outlaw at the Diet at Worms (1521). During his exile he laid the foundation for a unified written German language, translating the New Testament into German.

However, Luther and Lutheranism influenced “the Germans” in many other ways as well. The emphasis on education and the emergence of a “bourgeoisified” clergy in the form of the pastor’s family contributed to the German self-image as a nation of culture. On the political level, the reformation’s ideas and the religious schism that followed, led to several military conflicts, such as the Peasants’ War of 1525 or the Thirty Years’ War. Notably, the reformer’s alleged deference to authority was later seen as the “original sin” of the Germans—the primordial cause for the Nazi Party’s rise to power.

This view was long prevalent in the GDR. The exhibition shows how every era of German history coined its very own image of Luther. Succinct reformatory themes will be presented in the context of cultural and political developments, creating a link from Luther’s lifetime to today. As an atmospheric highlight, Luther’s authentic living quarters await the visitor at the end of the tour.

13th May to 5th November 2017, An exhibition of the Stiftung Luthergedenkstätten in Sachsen-Anhalt in the Augusteum/Luther House in Lutherstadt Wittenberg 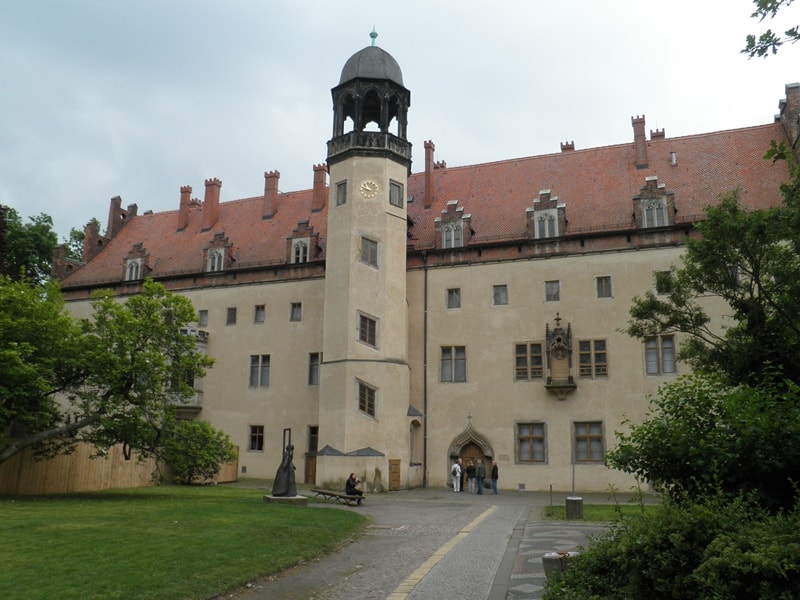 Wittenberg is the birthplace of the Reformation and the most important site of Martin Luther’s life and work. In this historic location will be shown in 2017 the exhibition “Luther!95 People – 95 Treasures”.

Part one will introduce ninety-five individuals with personal ties to Martin Luther and his work. Luther’s impact was varied: He inspired and infuriated people, he touched and repulsed them—but he never left anyone indifferent. Ninety-five approaches to Luther will be presented, encouraging guests to find their own approach to him. And the question of Luther’s meaning for us today will be raised.

Part two will be devoted to Luther himself. This exhibition will free the historical Luther from the ballast of five centuries of reception history. “95 Treasures” will serve to bring Luther the man to life. Exceptional objects on loan from Germany and abroad will include Luther’s private Bible from Veste Coburg, archaeological finds from the stations of his life, and his holograph will of 1542.

Please feel free to combine any of these exhibitions with our group tour suggestions to the Reformation jubilee. Just send us your request for a group tour and you will receive a tailor-made proposal.