Traces of Martin Luther throughout Thuringia

Martin Luther and the Reformation had a particularly strong influence on the cultural landscape of central Germany, and numerous well-preserved Luther-related sites still leave a lasting impression on their visitors to this day. We’d like to whisk you away to the land of the Reformation to Thuringia: Germany’s "Green Heart" is a cultural paradise boasting a range of attractive towns, magnificent castles and palaces, charming parks and gardens and hearty regional cuisine. You’ll retrace Luther’s footsteps at sites such as the Wartburg in Eisenach – where he translated the Bible – and "his" monastery in Erfurt.

In the footsteps of Martin Luther throughout Thuringia 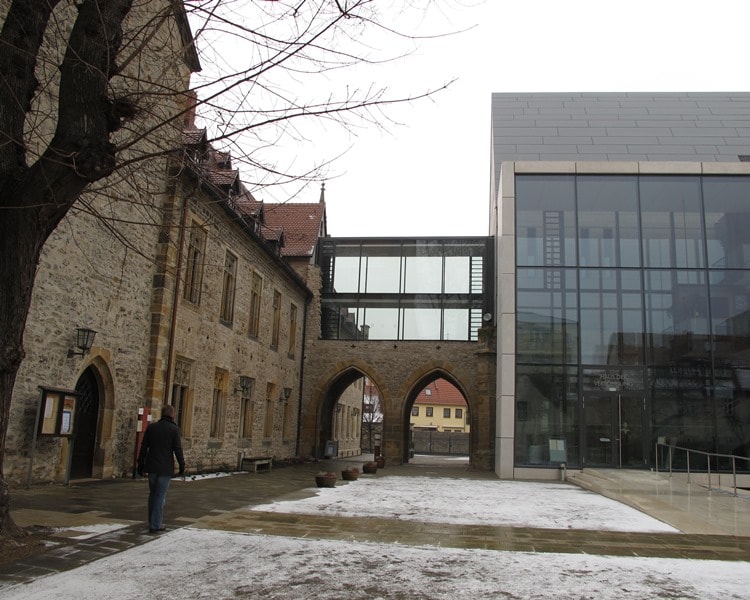 While staying in Erfurt, where Martin Luther lived for a long time, a visit to the cities landmark is virtually mandatory: the St. Marien Cathedral. It was here that Luther was ordained. Just around the corner there is another important point of interest for those who would like to follow in the footsteps of the great Reformer: The Cloister of St. Augustine’s, where Luther’s theology and the reformation struck root. Also the „Georgenburse“, where Luther lived as a student until he moved in to the Cloister of St. Augustine’s, can be visited.
Read on to view our travel suggestion for a cultural tour "In the footsteps of Martin Luther in Erfurt".

Thinking of the city of Eisenach, the famous Wartburg Castle often is the first thing that comes into one’s mind. For a good reason! Anyhow the majestic castle has witnessed several historical happenings. Once Martin Luther for example hid here and translated the bible into German while he passed himself off as Junker Jörg. Yet not less interesting than visiting Wartburg Castle is the visit of the Luther House of Eisenach, where Martin Luther used to live as a pupil.

Click here to get to know our travel suggestion for a cultural tour "In the footsteps of Martin Luther in Eisenach".

It was here in Weimar, that Luther’s principles of political ethic were formed. Understandably enough a visit to the city of Weimar should not be missing in your Luther tour programme. We recommend passing by the town church of St. Peter and Paul, where Luther preached and got eternalized at the monumental winged altar of Lucas Cranach the Younger. Moreover the Duchess Anna Amalia library is worth a visit, because a gorgeous Luther Bible from 1534 is kept safe here. Furthermore a visit to the town castle with the Gallery of Cranach, the artist, who portrayed Luther and his wife several times, should be included into your cultural tour programme.

Read on to view our travel suggestion for a city tour idea to Weimar. 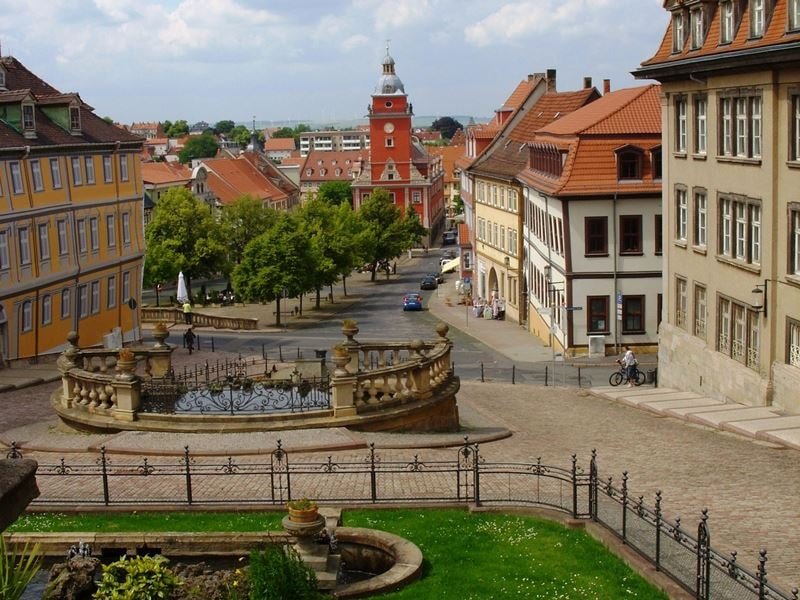 Gotha is hometown to the well-known cloister of St. Augustin’s, which is supposed to be “the mother cloister” of the famous foundation in Erfurt. In addition there can also be visited Friedenstein Castle, where several reformatory manuscripts and prints are kept safe.

Famed for its half-timbered houses, Schmalkalden was at the heart of European politics during the Reformation. The reason for this was that its sovereign, Philipp von Hessen, was one of the first princes to be convinced that only a league joined by all Protestants would be strong enough to offer protection against the emperor. This led to the birth of the Schmalkaldic League in 1530.  The doctrinal articles drawn up by Luther in 1537 on the instruction of the elector went on to be known as the Schmalkald Articles and were published in what is now Luther House. Another highlight is the Town Church of St George – one of the finest hall churches in Thuringia. Martin Luther was one of the many renowned Protestant theologians who preached there during the Reformation. 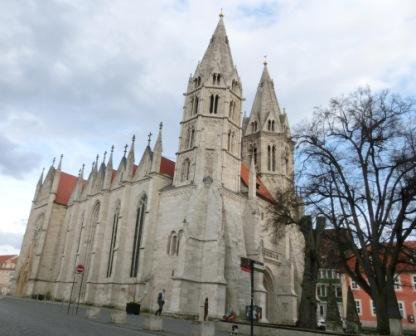 Mühlhausen secured its place in history as a free city of the Holy Roman Empire, a stronghold of both radical reformation and the Peasant’s Revolt and a centre for Protestant church music (thanks to its association with a certain J. S. Bach). Thomas Müntzer, a radical theologian and former companion of Martin Luther, preached in the town and led the Peasants’ Revolt. To find out more, we recommend visiting the St. Maria Müntzer Memorial, the Peasants’ Revolt Museum or Divi Blasii Church.

The Peasant’s Revolt ended in a devastating defeat for the peasants on the Schlachtberg (literally "Battle Mountain") close to the former royal seat of Bad Frankenhausen. The wonderful monumental painting housed at the Panorama Museum commemorates this battle and features over 3000 figures including Martin Luther and his former companion Thomas Müntzer.

The famous reformer also left his mark on Nordhausen, where he preached in the St. Blasii Church and reminded the revolting peasants to be patient. One of the driving forces behind the Reformation was Michael Meyenburg, the town’s former mayor and a friend of Melanchthon whose name is now synonymous with a fascinating villa and art gallery.

We would be very happy to answer all questions about Luther sites and places of interest in Thuringia and how to combine them in a unique way to an interesting travel itinerary. Please have a look on our cultural tour offers following the footsteps of Martin Luther in Thuringia and request your individual tour programme for your next group tour! We look forward to assisting you with your tour organisation!